​
​On a recent workshop, I asked people what they were really good at. One particularly lady called Fiona struggled with the question.

It became clear that Fiona was effectively 'grieving' for the forthcoming loss of her son who was leaving home to go to university.

The next day Fiona brought in a large Farmer doll called (Fred!) that she had knitted. He had a blue watering can with  water coming out of the spout in one hand and a bucket of brightly coloured flowers in the other. Four or five people in the room immediately wanted to buy one for their child or grandchild.

Fiona went off and typed up the pattern and put it onto eBay with a picture of Fred the Farmer. She only had to do this once - and after this was then selling multiple copies of the pattern every week at 9.99 a time. 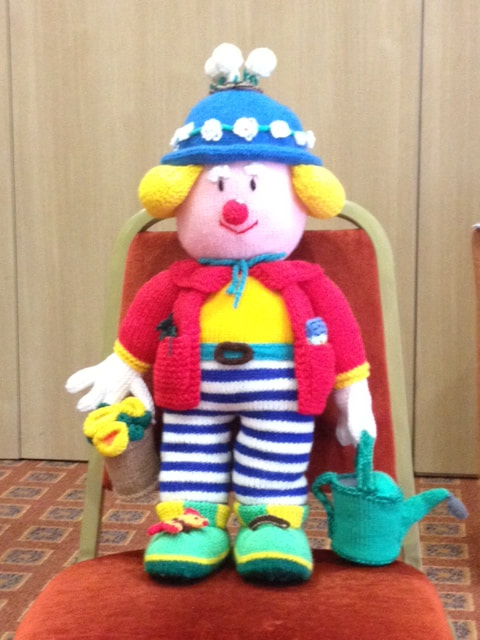 Fiona had her first passive income product from something she loved to do.
Product number two

But for Fiona this was not just about money. It was about a sense of self-worth and finding a new role that she could be happy with. Fiona is now working in residential homes teaching older people how to knit and listening to them as they share their stories. Fred the Farmer helped to make this happen.
​
Key Point  -  Stepping Stones
Often our initial workpieces are not the jobs or roles we end  up with. In many ways they are stepping stones to where we are going. But we need these stepping stones or we stay stuck waiting for the big opportunity.

Fiona's ebay experience gave her  a real sense of value that she had something to offer  and it helped her to share  her knitting skills with others who needed help.

​​
​Fiona developed her future around her one great interest  – knitting.

What gifts have you been given?
What is your main skill, passion or areas  of experience?
​What products could you create for passive income?